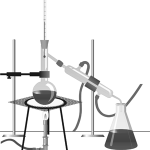 Since the upcoming March 17 holiday seems to encourage everyone's Irish side, the imbibing of too many green beers can result in unwanted side effects.  Notwithstanding the potentially toxic effects caused by acetaldehyde during the liver's metabolism of ethanol, most folks are impacted by the more noticeable physical effects including nausea, headache, dehydration, and the ability to sing and dance as if you are a genetic cross of Bing Crosby and Fred Astaire.

What if a small addition to your corned beef and cabbage feast could help alleviate some of these symptoms?  According to Korean researchers published in the Journal of Food Science, asparagus may be a home remedy.  The study showed that asparagus is high in amino acids that boost the levels of alcohol dehydrogenase and acetaldehyde dehydrogenase which metabolize alcohol into a non-toxic acetate.

Of course, those that do have a diet healthy in asparagus may notice that the vegetable has quite an impact on the smell of their urine.  When the body digests the asparagusic acid, it breaks it down into various sulfur based compounds which are found in other odiferous substances such as rotten eggs, skunk spray, and natural gas.  The sulfur compounds are also highly volatile, and will vaporize at room temperature, so most people will be able to smell it.

So although a Shamrock shake or abstaining from alcohol is the best hangover cure, there is some evidence that asparagus can help.  Although, if you somehow manage to end up in a Las Vegas hotel room with a baby named Carlos and a hungry tiger, remember that tigers love pepper, they hate cinnamon.